Art history has long been an interest of mine ever since I first read the ultimate classic "The Story of Art" by E. M. Gombrich; even if you have a mild passing inclination for art then you must read it - it's truly fascinating and deserving of every one of its many accolades. All things being equal I would have loved to have studied this subject for my undergraduate but I waited and did it as a post-graduate course. If you'll let me brag a moment, it's still probably my greatest accomplishment that I was top in my year on my Art History course. I studied part-time whilst working full-time so it was busy year but prior to that I always kept up with my art history interest with a blog I ran on the Pre-Raphaelites, which was once featured as one of the top five blogs on the Pre-Raphaelites by Yahoo in 2012 when the big Olympic exhibition on the PRBs was held at the Tate Modern. It sadly isn't there any more but I've saved some of the posts and put them up on here if you want to take a read of them.

My academic interest in art history was mainly on the crossover between philosophy and art - aesthetics. In particular the Phenomenology of Art, the work of Martin Heidegger and the niche and rather unusual subject of "boring art". Sounds weird but it is paradoxically fascinating and that's the essay of which I'm proudest I started a Masters in Continental Philosophy exploring it further but life got in the way and I had to stop a year in but perhaps I'll pick it up again some day. I've lost all my notes on it so it would be difficult but I had a great concept and idea for my thesis so I'd love to finish it in the future.

Out of pure interest and as a hobby, I used to run a blog on the Pre-Raphaelites called "The Femme Fatale". As I mentioned above, the blog was featured on a Top Five blogs on the Pre-Raphaelites list in 2012, around the same time that the PRBs were showcased in the Tate Britain as part of their Olympic exhibition. Sadly, the blog isn't there anymore but I have managed to salvage some of the writing from it that I've posted below.

Each time, I wrote on a particular theme (often a rather unusual one) including: disgust, hermaphroditism, prophecy and horror. It was a lot of fun to write and it really allowed me to explore my interest in the subject. The PRBs are still my favourite artist group and are still so overlooked and misunderstood in academic circles as being "chocolate box art" but such elitism is horribly misguided.

Here's a collection of my blog posts which I'll hopefully add to as I find the time and inclination to do so:

GENDER-BENDERS, HERMAPHRODITES AND THE ANDROGYNOUS

When you sit down and watch the fluffy and lighthearted 'Finding Nemo' you don't realise the complex balance of the clownfish 'harem'...
23 views0 comments 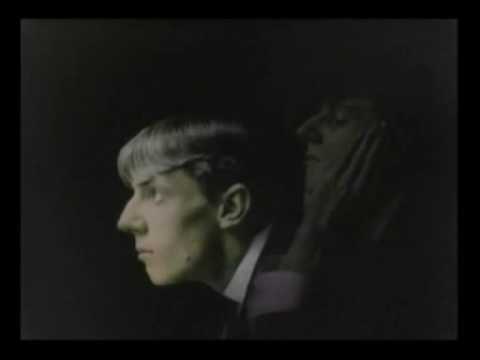 I recently came across an amazing find for you fellow aesthete-lovers. A short film by Chris James called "After Beardsley" (1982). I had...
6 views0 comments

THE GIRL WHO CRIED WOLF

Once upon a time there was a young boy. As a lot of young boys like to do, he enjoyed playing tricks on the gullible villagers in the...
10 views0 comments

MEDUSA AND THE BEAUTY OF HORROR

Our lives are filled with horror, whether this is being accosted by thugs down dark alley or looking at a particularly unpleasant bank...
16 views0 comments

Time for my mini-post and I'm going vastly off-topic from my usual theme but this really struck a chord with me (pun intended). I am...
3 views0 comments

These are highly unlikely to be of much interest to anyone but myself - who wants to sit through reading someone's academic essays. It's not like I'm some acclaimed scholar that can be objectively touted as an authority on these things. That said, I genuinely think that on some of these very, very niche and specific topics, I do know more than most for obvious reasons. This is more of a place for me to archive this writing and on the miniscule off-chance someone else wants to take a gander.

THE HOMO-UNCONSCIOUSNESS: AN ANALYSIS OF "FIGURE D'ETUDE"

Having won the prestigious Prix du Rome in 1834, Jean-Hippolyte Flandrin, a pupil of Ingres, journeyed to L’Academie de France to learn...
24 views0 comments

In the early 19th century, Wackenroder and the Nazarenes re-appropriated Albrecht Dürer by characterizing him as a nationalist figure and...
8 views0 comments

THE BOREDOM OF ART